Author of the book series is Nature ~ IQ: Let’s Survive, Not Die ! The second book in the series, Adaptive Transitioning will be out in the fall of 2020.

*****  This page/site is a living document and due to the ongoing social activism of its author, it will always be lagging behind as far as being up-to-date (Keith was bit by a tick a few years ago and has suffered with the effects of Lyme disease ever since.  Also during that time, he was diagnosed with Facioscapulohumeral Muscular Dystrophy.  So these conditions have interfered with the goals set for himself, as far as his social activism and acts of creativity). 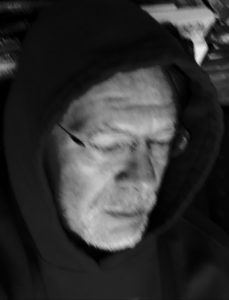 ~Keith Alan Hamilton~  is a self-proclaimed, Nature-itarian, Visionary – Futurist, Mystic Philosopher – Spiritual Warrior, Healer and Pro-Human – Social Activist Performance Artist.  As this artist who wants to initiate social change, Keith uses the power of words and/or images to express his opinions and insights to the world. In the manner of a Heyoka, he embeds these creations with empathy, satire, jest or the contrary perspective to arouse a reflective conscious and mirroring experience in others. This process then transforms Keith’s art into the proactive energy of Non-Violent Direct Action. An enlightening form of spiritual interaction that encourages open dialogue between fellow humans. A way of communicating that hopefully leads to the healing and intelligent progression of life’s collective consciousness.

This self-perceived co-evolutionary interaction with other humans and other types of life have helped sculpture Keith’s ever-evolving self-identity.  This perceptive and transitional process of self-identification has clarified Keith’s understanding as to the purpose for his personal growth and enlightenment. He has realized being this multi-dimensional human who is psychic with fluctuating decrees of clear seeing, clear hearing, clear feeling and clear knowing.  That he was born to experience the full effect of the cognitive emergence of his artistically creative and socially proactive presence in this dimensional reality. A process that’s an intelligently progressive and transitional transformation, as this manifested individual aspect (Living Matter/Energy Sub-System) interdependently interacting with other living and non-living aspects as individuals or as groups of individuals within Nature’s Systemic Totality. 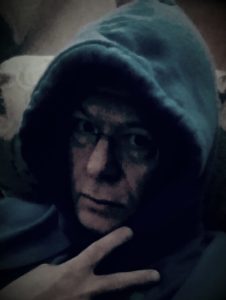 Keith’s style of artistic expression emerges a spiritually philosophical blend of poetry and prose often visually flavored with his photographic imagery. This artistic brew of ingredients is embedded with a PRO-HUMAN message that is further communicated through performance art – Non-Violent Direct Action. While participating in artistic, charitable and athletic events, Keith creates a body metaphor (wearing dark clothes with a hood) to symbolically bring forth out of the darkness into the light, to air out, and confront through the healing process of OPEN DIALOGUE, those predispositions, inhibitions and stereotypes that work against finding any cures for societal ills.

Keith’s Non-Violent Direct Actions are guided and tempered by the spirit of UNCONDITIONAL LOVE. This LOVE emanates from the energy of Keith’s emotive heart and spiritually influences the thought process of his mind. The embodiment of Love overflowing with acceptance, patience and tolerance that nurtures the intelligent progression of others and oneself. The PUREST kind of Love that nourishes THE PROCESS OF HEALING and the sustained HOPE for PEACE. An innate Eternal Love for the HUMAN-RACE void of predisposition, inhibition and stereotype that emerges a spiritually positive pro-human perspective as to the future SURVIVAL of HUMAN-KIND.

It is these enlightened aspects of LOVE that inspire Keith as a SPIRITUAL WARRIOR/HEALER/SOCIAL ACTIVIST to do his part to creatively initiate SOCIAL CHANGE. The type of Social Change that envisions the benefit of HUMAN SPRITUAL POWER as a collective purposefully participating in the co-evolutionary process of reflective consciousness as to the preservation of humanity. An intelligently progressive, system of thought working as one to improve the Overall Well-Being of ALL THE HUMAN RACE. A transitionally accumulative, collective realization of SPRITUAL WARRIOR POWER held within a way of perspective (enlightenment), that of the One and Only Race, the Human-Race. ONE HUMAN RACE – regardless of skin color, sex, gender, nationality, ethnicity, culture, belief, or economic status united in purpose. A Spiritual Warrior (activist) mindset forging Spiritually Enlightened Social Change (proactive energy + the collective spiritual power of We the People) embedded with the foresight and wisdom of the necessity for diversely preserving ALL the Human-Kind as ONE RACE into the future.

As a visionary and futurist, Keith foresees the transitioning and transforming spiritual power of We the People (Spiritual Warriors) as this collective whole to forge a Social Change that brings Healing and Peace. This proactive energy will not only be beneficial for the Human-Kind. The benefits of Social Change will systemically be transitioning and transforming for all of Nature’s living and non-living aspects that comprise its totality.

To reiterate, the vision and healing intent behind Keith’s PRO-HUMAN, spiritually proactive message is for the ideal of race to be deconstructed and to ultimately become the One and Only Race, THE HUMAN RACE ! The one and only race, regardless of skin color, sex, gender, nationality, ethnicity, culture, belief, or economic status. Where ONE RACE, We the People of planet earth set aside our differences and unitedly focus on one objective, the future survival of ALL THE HUMAN RACE. In the context of ONE SPIRITUAL MINDSET, We the People need to envision the wisdom and benefit of working together to increase the overall well-being of all humanity. A collective conscious, transitional process of spiritual awareness that proactively co-creates a social environment of global healing through an intelligently progressive, systemically communicative process of open dialogue. Therein, leading to a peaceful coexistence among We the people of planet earth and the everlasting preservation of THE HUMAN-KIND.